We’ve just received our final confirmation and very proud to announce our (2) NBCPAmembers; Stacey Vautour (Bikini) and Kelsey Wilson (Figure) will be competing at the Arnold Classic Sports Festival in the Amateur Division this coming March 2017.  As well, the NBCPAwill be providing some financial assistance to go towards their trip to Columbus, Ohio.

Stacey Vautour is a veteran Bikini competitor taking the first ever 2014 Bikini Master Title at the Saint John Fall Classic Championships.  In 2015, Stacey competed at the IEQ International Events Qualifier in Toronto Ontario winning 1st place in the Grandmaster’s Division!  This past year, she continued to compete at the 2016 IEQ International Events Qualifier in Moncton, NB winning 2nd place in the Grandmaster’s Division.  This prestige placing earned her the qualification to compete at the 2017 Arnold Classic – Amateur Championships.  Congratulations Stacey Blizzard Vautour, we are proud of you and this huge accomplishment to make it to the Arnold stage competing against the best Bikini athletes in the world.

Kelsey Wilson, another one of our veterans in the Figure Division who started out her competitive journey in 2009 at the Atlantic Classic Championships.  She consistently competed throughout the years provincially winning capturing 2nd and 1st placings throughout.  She also competed nationally a couple of times with one of her best showings this past year in 2016 at the IEQ International Events Qualifier in Moncton, NB placing 2nd in her height class.  Kelsey never stopped there, she went on to winning the 2016 NBCPAProvincial Championships Overall Title in the Figure Division.  She also won the very special and prestige award “Sportsmanship and Humility Award” in honor of the Late Ken Black, presented to her at the 2016 Saint John Fall Classic Championships.  Congratulations Kelsey for obtaining the qualification and opportunity to compete at the Arnold Classic Amateur Championships this spring.  We look forward to seeing you on stage competing against some of the best Figure competitors in the world.

Good luck Ladies!  We will be cheering for you from afar and wish you nothing but he best placement and showing come March 2017. 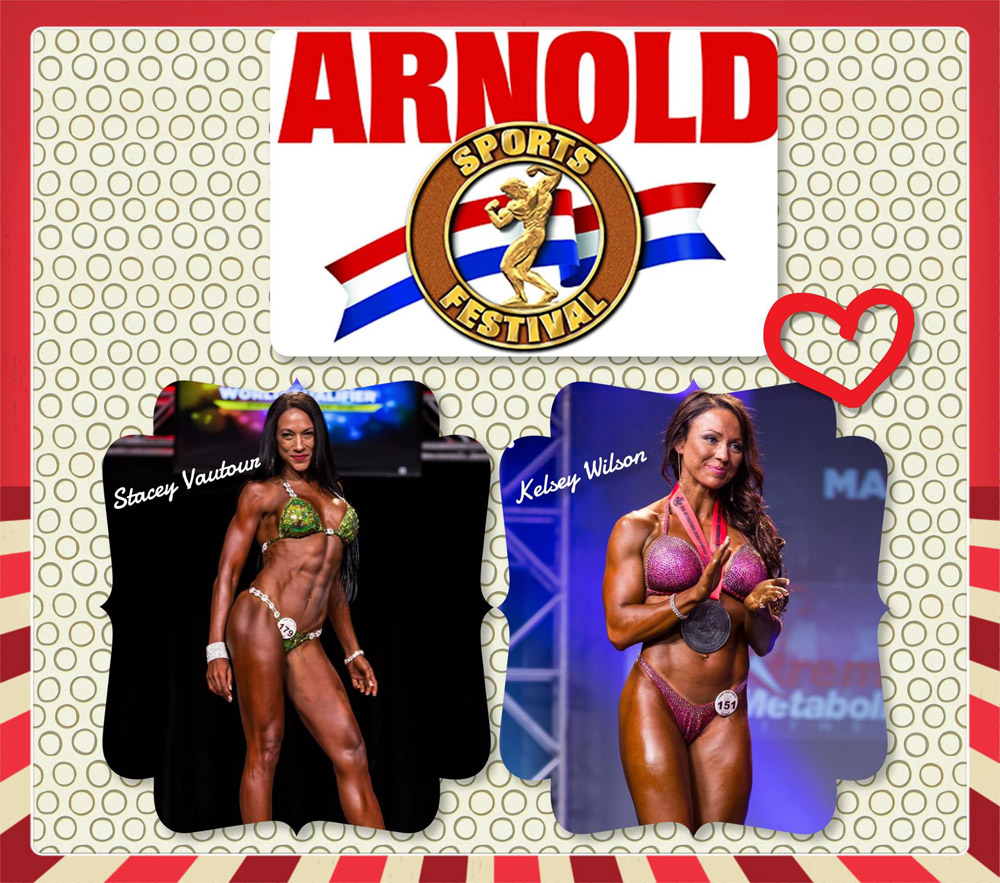